I’ve never been to the Bordeaux region of France.  I’ve never been to France.  (I have been to the UK and Italy.)  But I drink wine from Bordeaux.  Quite a bit of it, actually.  The bottles I drink sell for between $15 to $25, which means I’m not drinking the best French wine by any measure (I would like to drink a Margeaux or a Haut-Brion before I die.) 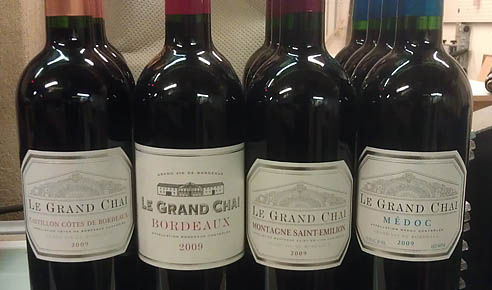 I recently ordered a few cases of mixed Bordeaux from the 2009 vintage, which is being mentioned amongst the great vintages of that region.  I haven’t drunk enough wine to make a good comparison, but generally they taste great, like French wine.  I’m not educated or skilled enough to describe smells and tastes (other than “barnyard” which is a rather obvious smell and taste sometimes found in French wines that I’ve tasted,) but I can identify a complex pattern of chemosensations that appears unique to French wines, and particularly Bordeaux.  …and I like it!