These are a few photos from an early testing day for the Pikes Peak International Hill Climb 2018, the second oldest autoracing event in the US. Because the road to the peak is a public road, and a major tourist attraction in the Colorado Springs area, practice must occur while the road is closed. This means running from sunrise to 9am, when the road opens. I attended a private test session on June 8 thanks to Sean Cridland, a well-known motoring journalist, author, photographer, and Porschephile.
The day started at 3am as we headed to the gates of the Peak, and continued as a bus ride up the mountain, stopping at viewing locations along the way to see some race cars as they tested and practiced. The cars included a Porsche GT3R from Porsche of Colorado Springs, and an all-electric vehicle from VW. 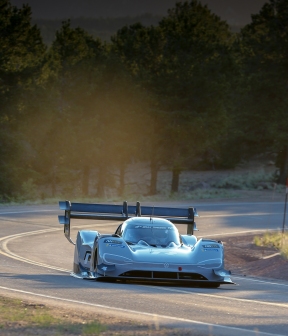 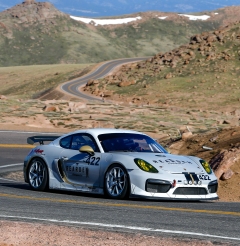 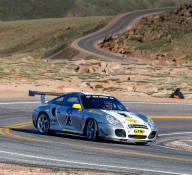