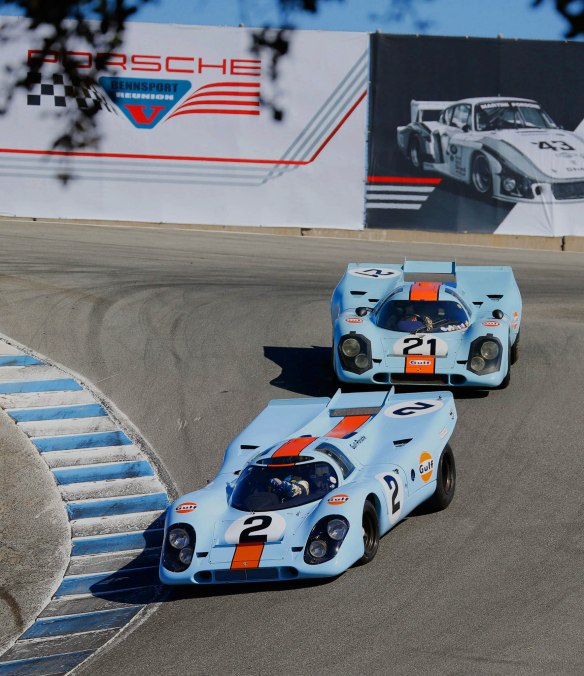 Held at Laguna Seca Mazda Raceway in September 2015, RRV saw Porsche Motorsport, PNA, PCA, hundreds of owners of Porsche race cars and dozens of very famous race drivers, and about 50,000 spectators converge on Monterey again for a reprise of the event four years ago. This event gets bigger and better each time it’s held. I’m sure it will return to the east coast for RRVI, but it was nice to have the last two events on the west coast. Not only closer to home, but a wonderful drive to get there. (You can check out the route here.)

A highlight of RRV was the appearance of, and many hot laps from, the 2015 Le Mans winning Porsche factory 919 LMP1 car, and the LMGT 991 911 RSR that did not win its class, but did win the 2015 World Endurance Championship (WEC) class competition.

The 2015 Le Mans winning 919 ahead of the WEC winning GTLM 991 GT3 RSR at the Corkscrew. Amazing cars being driven by Porsche factory drivers (I think Nick Tandy was driving the 919.) 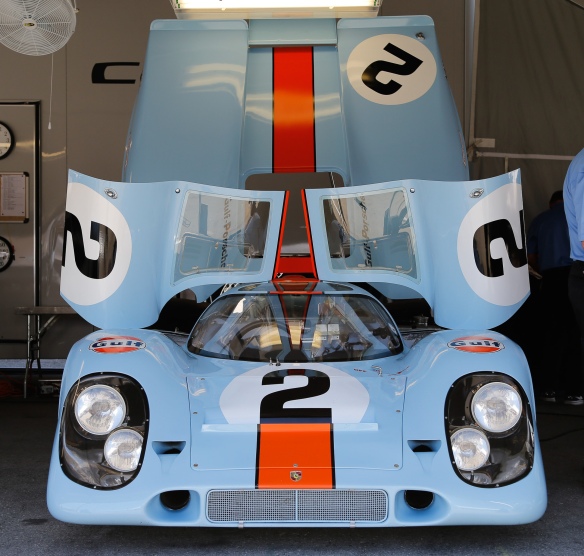 Various photo galleries from the weekend:
On Track